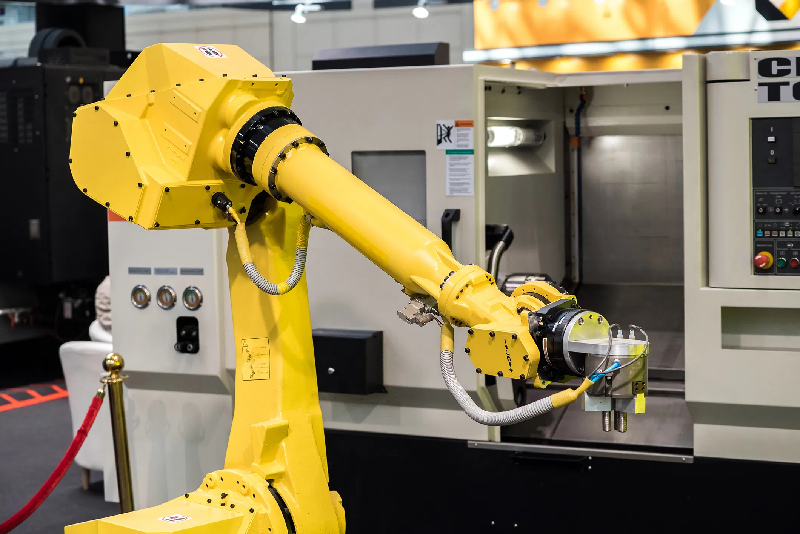 A simple definition of an industrial robot is a programmable device that is used in place of a human worker to perform dangerous or repetitive tasks with a high accuracy degree. This simple definition does not simplify the industrial robot’s work. Robotics is a broad topic, which involves large and complex systems to small and intricate parts, grippers, cables, and other parts that make up these robots. There are four categories of industrial robots, which include:

Cartesian robots are made up of three or more linear actuators that are assembled to fit specific applications. You can elevate the Cartesian robots when above a workspace to maximize the floor space and take in many different sizes of workpiece.

Cartesian robots use mounting brackets and standard linear actuators, which minimizes costs. Cartesian robots cannot reach around or into objects with ease. Their sliding mechanism, which is exposed, makes them not suitable for dirty or dusty environments. They are, however, easy to use and program, and are flexible in their configuration, which allows them to carry out specific applications.

Gantry robots are Cartesian, but consist of manipulators mounted on a system overhead, which allows movement horizontally on a plane.

SCARA stands for Selective Compliance Articulated Robot Arm. They are excellent and cost-effective robots that can perform applications between double parallel planes such as the transfer of parts from a tray to a conveyor belt. SCARA robots are superb in vertical assembly operations owing to their vertical rigidity.

SCARA robots are small industrial robots, which are light, and bear small footprints, which make them suitable for applications in cramped spaces. Due to their design- the fixed swing arm, they are limited in performing operations that need reaching into objects or working around objects such as jigs, machine tools in a work cell or fixtures.

Dexterity, reach, and flexibility make articulated robots suitable for tasks on non-parallel planes like machine tending. These robots an effortlessly reach under obstructions and into a compartment for access to a workpiece. A 7-axis articulated robot however, can reach around objects.

Protective sleeves and sealed joints allow articulated robots to thrive in both dirty and clean environments. An articulated robot can be mounted on any surface like a sliding rail or a ceiling, giving you working options.

Delta robots are also known as spider robots. They make use of three motors mounted at the base to control arms that position the wrists. The basic spider robots are 3-axis units, but there are also 4 and 6-axis robots in the market.

By the actuator being mounted so close, or on the stationary base instead of at every joint like with articulated robots, the delta’s robot arm is very light. This means the delta robot is able to make rapid movements, making it excellent for high-speed applications with light payloads.

If you intend to automate your operations, it is essential to know the different types of robots and their capabilities. Not knowing what you need will lead you into making uninformed decisions that might cost you dearly. Purchasing the wrong robot for your operations can run you into enormous losses. Before you buy, find out all there is to know about features, cost of buying versus rental, cost of maintaining it, programming it, etc. Once you are armed with these details, getting a robot will not look so daunting, and you will be well on your way to making profits due to fewer downtimes and more productivity.