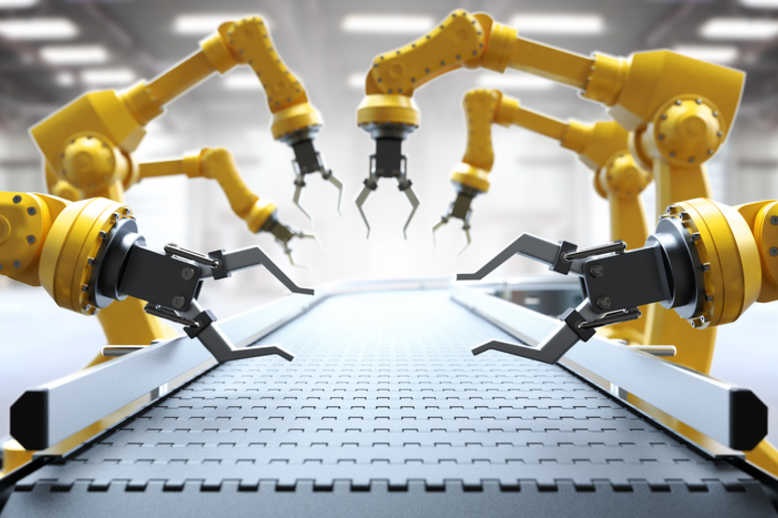 There is evidence to show that human-like figures were mechanized date back to Ancient Greece. Since the 19th century, there have been works of fiction that depicted artificial humans. However, even with all these ideas, the real robotic revolution began in the 1950s. George Devol created the first digital and programmable robot in the 1950s.

Michael Peshkin and J. Edward Colgate developed the collaborative robot (Cobot) much later in 1996. The collaborative robot is capable of working with its human counterpart in a shared workspace. The cobot either are fitted with sophisticated sensors that sense when a human being is too close and stops or slow down to avoid injury. Several myths are peddled about cobots, and we need to debunk them:

Most people think of robots as large units used in assembly lines. However, the advent of cobots heralded a new dawn, with robots becoming more flexible. Companies no longer have to be large scale to use cobots and can automate even the smallest tasks.

Cobots are ideal for manual, repetitive, and strenuous tasks such as packaging and palletizing, pic and place, gluing, welding, dispensing, and screw driving. Cobots are now affordable, thanks to the falling prices of sensors and parts, allowing small-scale companies to make use of cobots for an increase in productivity.

For the longest time, the understanding among manufacturing plants was that robots replace workers. This is, in fact, a myth, as cobots relieve the workers from very repetitive and strenuous tasks. This leaves the workers free to take on other creative and supervisory roles in the company. Since robots help to boost productivity, companies are often able to employ more people. Robots create jobs, not eliminate them.

Not all jobs are automatable, and cobots increase production to 50%. Between 2017 and 2020, it is estimated that robots will globally create over 2 million posts. The fact is, even with all the advancements, no robot can replace the human in critical thought, creativity, and decision-making.

Myth 3: Robots are difficult to Maintain and Implement

Some robots are giant and pose operation difficulties. Cobots are very easy to operate, implement, and maintain. They are compact and weigh very little, so you do not have to rearrange your layout in the production line to fit it in. The cobots are very easy to program or redeploy, and they do not need a lot of maintenance. The cobots are so easy to program, anybody can do it, with the interface control right next to it, making it easy to troubleshoot it when need be. You can program the robot via a handheld device, making it very convenient.

Myth 4: Cobots are a Danger to Workers

While the statement that robots are costly has some truth to it, it is not valid for all robot types. The upfront cobot costs are only 20% of the traditional robot cost and have a payback period of 6 to 8 months. The cost of cobot is economical, and installing it does not need massive changes in infrastructure.

Cobot, unlike the conventional robot, can be deployed to perform different tasks in different departments. Cobot can be used continuously without requiring shift changes like a human being who needs breaks. This means that the production line bears more productivity when cobots are at work.

There are too many unfounded myths as far as cobots are concerned. People typically fear what they do not understand. Cobots are a great source of fascination, as well as curiosity among most people. Cobots are becoming more commonplace in industries and small-scale companies. In another few years down the line, cobots will be the new normal.

Tech Tips To Save Time At Work

3 Ways In Which You Can Win In Ranked Games

Tech Tips To Save Time At Work